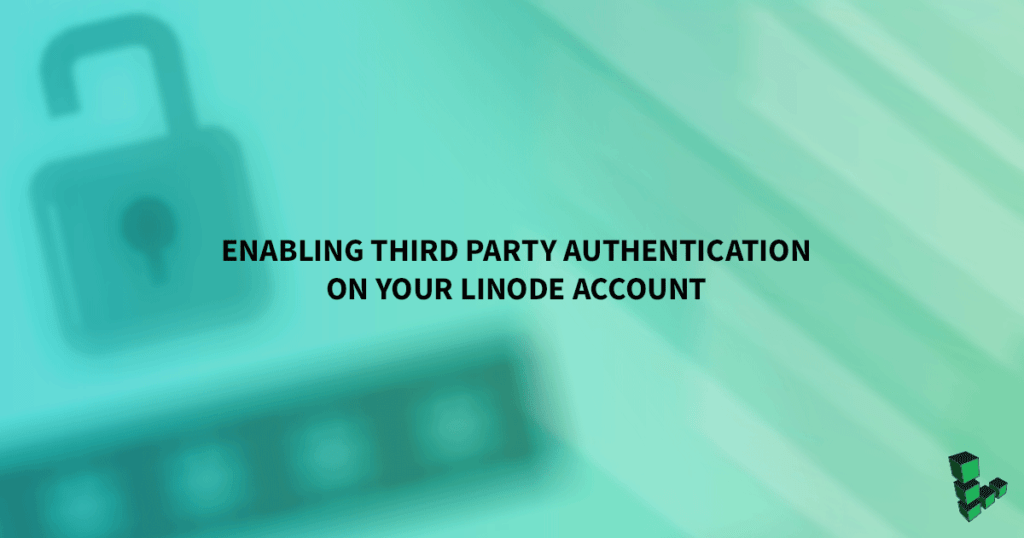 How to Enable Third Party Authentication on Your Linode Account

Enabling TPA disables Two Factor Authentication (TFA) on your Linode account. You should enable TFA with the TPA provider with which you choose to authenticate to Linode.

Additionally, enabling TPA disables password authentication in the Lish console. You can still authenticate to Lish with an SSH key. For more information on SSH key authentication with Lish, visit our Using the Linode Shell (Lish) guide

How To Enable SFTP Without Shell Access on Ubuntu 18.04

SFTP is available by default with no additional configuration on all servers that have SSH access enabled. It’s secure and easy to use, but comes with a disadvantage: in a standard configuration, the SSH server grants file transfer access and terminal shell access to all users with an account on the system.

In some cases, you might want only certain users to be allowed file transfers and no SSH access. In this tutorial, we’ll set up the SSH daemon to limit SFTP access to one directory with no SSH access allowed on per-user basis.

To follow this tutorial, you will need access to an Ubuntu 18.04 server. This server should have a non-root user with sudo privileges, as well as a firewall enabled. For help with setting this up, follow our Initial Server Setup Guide for Ubuntu 18.04.

First, create a new user who will be granted only file transfer access to the server. Here, we’re using the username sammyfiles, but you can use any username you like.

You’ll be prompted to create a password for the account, followed by some information about the user. The user information is optional, so you can press ENTER to leave those fields blank.

You have now created a new user that will be granted access to the restricted directory. In the next step we will create the directory for file transfers and set up the necessary permissions.

In order to restrict SFTP access to one directory, we first have to make sure the directory complies with the SSH server’s permissions requirements, which are very particular.

Note: Some versions of OpenSSH do not have such strict requirements for the directory structure and ownership, but most modern Linux distributions (including Ubuntu 18.04) do.

Set the owner of /var/sftp to root.

Give root write permissions to the same directory, and give other users only read and execute rights.

Change the ownership on the uploads directory to sammyfiles.

Now that the directory structure is in place, we can configure the SSH server itself.

In this step, we’ll modify the SSH server configuration to disallow terminal access for sammyfiles but allow file transfer access.

Scroll to the very bottom of the file and append the following configuration snippet:

Then save and close the file.

Here’s what each of those directives do:

This set of commands, starting with Match User, can be copied and repeated for different users too. Make sure to modify the username in the Match User line accordingly.

Note: You can omit the PasswordAuthentication yes line and instead set up SSH key access for increased security. Follow the Copying your Public SSH Key section of the SSH Essentials: Working with SSH Servers, Clients, and Keys tutorial to do so. Make sure to do this before you disable shell access for the user.

In the next step, we’ll test the configuration by SSHing locally with password access, but if you set up SSH keys, you’ll instead need access to a computer with the user’s keypair.

To apply the configuration changes, restart the service.

You have now configured the SSH server to restrict access to file transfer only for sammyfiles. The last step is testing the configuration to make sure it works as intended.

Let’s ensure that our new sammyfiles user can only transfer files.

Logging in to the server as sammyfiles using normal shell access should no longer be possible. Let’s try it:

You’ll see the following message before being returned to your original prompt:

This service allows sftp connections only. Connection to localhost closed.

This means that sammyfiles can no longer can access the server shell using SSH.

Next, let’s verify if the user can successfully access SFTP for file transfer.

Instead of an error message, this command will show a successful login message with an interactive prompt.

You can list the directory contents using ls in the prompt:

This will show the uploads directory that was created in the previous step and return you to the sftp> prompt.

To verify that the user is indeed restricted to this directory and cannot access any directory above it, you can try changing the directory to the one above it.

This command will not give an error, but listing the directory contents as before will show no change, proving that the user was not able to switch to the parent directory.

You have now verified that the restricted configuration works as intended. The newly created sammyfiles user can access the server only using the SFTP protocol for file transfer and has no ability to access the full shell.

You’ve restricted a user to SFTP-only access to a single directory on a server without full shell access. While this tutorial uses only one directory and one user for brevity, you can extend this example to multiple users and multiple directories.

The SSH server allows more complex configuration schemes, including limiting access to groups or multiple users at once, or even limited access to certain IP addresses. You can find examples of additional configuration options and explanation of possible directives in the OpenSSH Cookbook. If you run into any issues with SSH, you can debug and fix them with this troubleshooting SSH series.