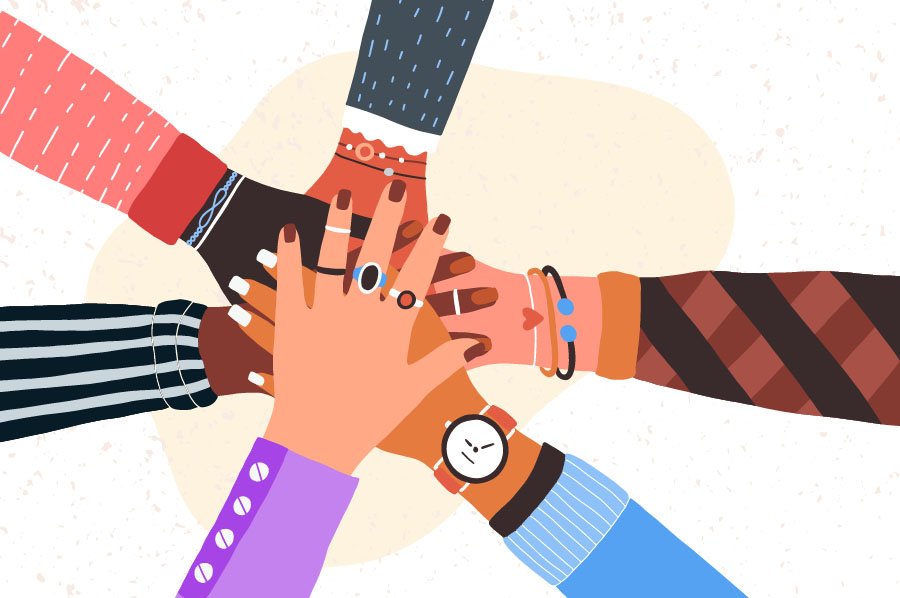 
Silicon Valley is struggling with a bit of an image problem. That image? Straight, white, male.

In 2018, women filled only 25% of all computing-related occupations — which is about the same percentage that we saw in the 1960s. For African-American and Hispanic populations, the representation in these fields is far below the national distribution.

And at the intersection of race and gender, the state of women in tech is even bleaker: 65% of women in computing occupations are white, 19% are Asian/Pacific Islander, only 7% are African American, and 7% are Latina.

In 2019, computer programmers are no longer high-school geeks, but meritocratic winners who wield considerable power in society. Engineers at Facebook — or more precisely, the algorithms they program — decide what news we see and what ads we get served.

(If you think that ads aren’t linked to economic opportunity, think again.)

Many formerly analog tasks — hailing a taxi, dimming the lights — now rely on code that only programmers can hope to understand fully. If women and minorities are left out of coding jobs now, that omission could have ramifications on the structure of our society for years to come.

It’s clear by now that social and environmental forces contribute to the differences in earning potential for women and minorities, and that these forces also hold the same people back from careers in STEM (Science, Technology, Engineering, and Math). What needs to be done? Let’s take a look at how to debug the diversity gap.

We regularly report on diversity, accessibility, and representation in the tech workforce. Subscribe to our monthly newsletter so you never miss an article.

Early exposure to skills is crucial for securing a job in one of the best-paid and fastest-growing industries around. Yet only 35% of high schools nationwide are currently teaching computer science classes. Some schools in the U.S. are exposing young people to the basics of programming, which serves to improve their familiarity and comfort with these subjects. But to open the doors of the tech meritocracy to the underprivileged, coding needs to be taught in public schools, as early as possible — even in elementary school.

There are a lot of barriers to this.

Because the public education system in the U.S. depends heavily on local control, it’s impossible to design and implement sweeping changes to curricula in one fell swoop. National standards like Common Core and testing-focused federal programs like No Child Left Behind often leave little room for enrichment classes or electives.

In some cases, nonprofits and businesses are stepping in to fill the gap; for instance, this year Google pledged $25 million to support programs that help Black and Latino students have access to computer science education. But a charity initiative here or there isn’t likely to create broad-based change.

Related: What it’s Like to Be a Black Woman in Tech — Q&A with Kaya Thomas

It also won’t be enough for schools just to offer coding classes: the coding gap will only close with specific outreach to marginalized groups. There is substantial data to suggest that a learned lack of confidence can discourage minority groups from choosing certain subjects in school. And one 2016 study found that boys and girls begin school achieving in math at similar rates, with a gender gap appearing as early as third grade — this is significant, as previous research suggests that early achievement in math predicts interest and confidence in the subject in middle and high school.

Even more concerning, the study indicated that elementary school teachers perceive girls with nearly identical math scores (and classroom behavior) to be less proficient in math than boys.

This unconscious bias contributes to female students lacking confidence and performing worse in future math classes.  Unless teachers work to recruit girls and minorities to coding classes and overcome their own perceptions that girls aren’t as good at math, such biases will continue to keep their numbers in the tech sector low.

2. Expand the Scope of Nonprofits

We’ve certainly been entering the Era of the Nonprofit for the past few years, and nonprofits that aim to teach coding to women and people of color abound. (A few examples: #YesWeCode. Girls Who Code. Black Girls Code.)

Lack of access to training isn’t the only issues these groups face. In the case of underprivileged youth, for instance, a major challenge is the limited access some of these underrepresented students have to computers.

But the challenges extend beyond the physical, especially when it comes to connecting students with jobs that utilize their training. Limitations experienced in this realm — such as the absence of a professional network or an unfriendly corporate culture — can prevent any would-be software engineer or developer from thriving. Successful nonprofit coding programs will be those that succeed in the final stretch: job placement, hiring, and support during the transition.

Related: 30 Ways to Be an Ally for Women at Your Tech Company

3. Retain Diverse Talent in the Workplace

It’s not just a lack of candidates in the pipeline that’s keeping representation low; it’s also a lack of retention. Support needs to continue after coders become established in their careers. At 10 to 20 years into their tech careers,  56% of women leave the field, at a quit-rate double that of men.

Why are they leaving? One small study found that the most common reasons women leave tech jobs are a lack of opportunity for career growth, poor management, and the gender pay gap. Older research cites poor workplaces including few opportunities for development and training, little support for outside-of-work responsibilities, and undermining bosses.

Related: 6 Things Women in Tech are Tired of Hearing

A 2019 study published in Nature found that nearly half of women in science leave after having their first child, compared to 23% of men. Clearly, something needs to be done to better support parents in STEM fields, particularly working mothers.

There are a number of ways to support and retain female and minority coders, starting with simply calling out their accomplishments and good ideas. Nonprofits that encourage professional networking, like Women Who Code, can certainly help women find their tribe in the industry, but in the end, it will be up to tech companies themselves to enact policies to retain female talent.

The Reality of the Diversity Gap in the Tech World

The tech industry is booming, which, in theory, should mean more demand for programming labor. But with barriers to intercontinental communication quickly vanishing, more and more programming and web-design jobs based in the U.S. are being outsourced to lower-paid workers in other countries. In fact, computer programming jobs are projected to decrease by 7% over the next eight years in the U.S., even as the computer technology industry is expected to grow by 12%.

Whether computer programming serves to be an equalizer or perpetuator of inequality in the U.S. may depend on how fast minority groups can participate and get a “piece of the pie,” so to speak, before the available opportunities shrink.

The bad news is that it’s looking like underrepresented groups will still have to try twice as hard for a shot at the same jobs, which is truly unfair.

The good news is that people are more aware than ever before that the diversity gap in tech is a real problem. Ultimately, the U.S. education system will adapt, nonprofits will grow, and more female and minority students will find — and stay in — careers in computing-related tasks.

After all, diverse teams are the only way companies will keep up with the changing demands of a world where computers are not going away.