Networks and Online Gaming: 3 Ways to Improve Performance and Retain Your Audience


What makes or breaks the technical success of a new multiplayer video game? Or for that matter, the success of any given online gaming session or match? There are a lot of reasons, to be sure, but success typically boils down to factors outside of the end users’ control. At the top of the list, arguably, is network performance.

In June, 2018 Fornite experienced a network interruption that caused world-famous streamer, Ninja, to swap mid-stream to Hi-Rez’s Realm Royale. Ninja gave the game rave reviews, resulting in a huge userbase jumping over to play Realm Royale. And just this month, the launch of Wolcen: Lords of Mayhem was darkened by infrastructure issues as the servers couldn’t handle the number of users flocking to the game. While both popular games might not have experienced long-term damage, ongoing issues like these can turn users toward a competitor’s game or drive them away for good.

Low latency is so vital, that in a 2019 survey, seven in 10 gamers said they will play a laggy game for less than 10 minutes before quitting. And nearly three in 10 say what matters most about an online game is having a seamless gaming experience without lag. What can game publishers do to prevent lag, increase network performance and increase the chances that their users won’t “rage quit”?

Taking Control of the Network to Avoid Log Offs

There are a few different ways to answer the question and avoid scenario outlined above, but some solutions are stronger than others.

One option is to spread nodes across multiple geographical presences to reduce the distance a user must traverse to connect. Latency starts as a physics problem, so the shorter the distance between data centers and users, the lower the latency.

This approach isn’t always the best answer, however, as everyday there can be both physical and logical network issues just miles apart from a user and a host. Some of these problems can be the difference between tens to thousands of milliseconds across a single carrier.

Games are also increasingly global. You can put a server in Los Angeles to be close to users on the West Coast, but they’re going to want to play with their friends on the East Coast, or somewhere even further away.

Connect Through the Same Carriers as the End Users

Another answer is to purchase connectivity to some of the same networks end users will connect from, such as Comcast, AT&T, Time Warner, Telecom, Verizon, etc.

A drawback of this option, though, stems from the abolishment of Net Neutrality. Carriers don’t necessarily need to honor best-route methodology anymore, meaning they can prioritize cost efficiency over performance on network configurations. I’ve personally observed traffic going from Miami to Tampa being routed all the way to Houston and back, as show in the images below.

Purchasing connectivity that gets you directly into the homes of end-users may seem like the best method to reduce latency, but bottlenecks or indirect routing inside these large carriers’ networks can cause issues. A major metro market in the United States can also have three to four incumbent consumer carriers providing residential services to gamers, necessitating and IP blend to effectively reach end users. However, startups or gaming companies don’t want to build their own blended IP solution in every market they want to build out in.

Choose a Host with a Blended Carrier Agreement

The best possible solution to the initial scenario is to host with a carrier that has a blended carrier agreement, with a network route optimization technology to algorithmically traverse all of those carriers.

Take for example, INAP’s Performance IP® solution. This technology makes a daily average of nearly 500 million optimizations across INAP’s global network to automatically put a customer’s outbound traffic on the best-performing route. This type of technology reduces latency upwards of 44 percent and prevents packet loss, preventing users from experiencing the lag that can change the fate of a game’s commercial success. You can explore our IP solution by running your own performance test.

Taking Control When Uncontrollable Factors are at Play

There will be times that game play is affected by end user hardware. It makes a difference, and it always will, but unfortunately publishers can’t control the type of access their users have to the internet. In some regions of the world, high speed internet is just a dream, while in others it would be unfathomable to go without high-speed internet access.

Inline end user networking equipment can also play a role in network behavior. Modems, switches, routers and carrier equipment can cause poor performance. Connectivity being switched through an entire neighborhood, throughput issues during peak neighborhood activities, satellite dishes angled in an unoptimized position limiting throughput—there’s a myriad of reasons that user experience can be impacted.

With these scenarios, end users often understand what they are working with and make mental allowances to cope with any limitations. Or they’ll upgrade their internet service and gaming hardware accordingly.

The impact of network performance on streaming services and game play can’t be underscored enough. Most end users will make the corrections they can in order to optimize game play and connectivity. The rest is up to the publisher. 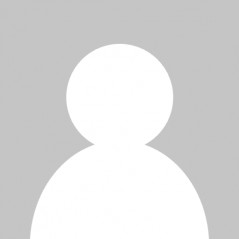